It is known that the vast majority of stories, whether true life, novels, or comics, sold to Hollywood will never become a film. The rights get sold, then the person who bought them doesn’t get enough funding, or the studio goes under, and the film rights can’t be sold again. Even if everyone involved is reputable and all seems to be going well, hurdles can land in their path at any possible moment, stopping a film from becoming reality, or delaying it for years. Flynn was a master of political thrillers, starting in 1997, with only one not featuring the character who will go on to be the star of his own movie this year. 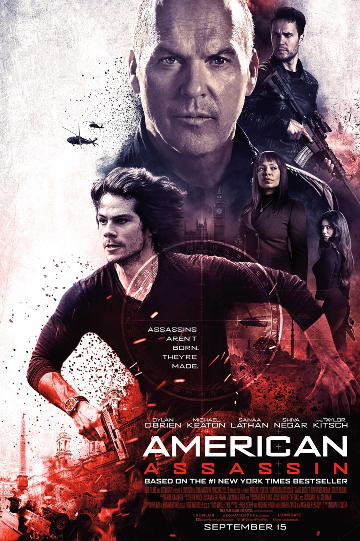 Quite a few recent releases and soon to be released films were seriously at risk of not happening. One example is American Assassin, which faced all sorts of trials over its path to completion. The original concept was conceived in a book written by Vince Flynn, and focused on Mitch Rapp, a fictional CIA counterterrorist fighting against the threat of nuclear war in the Middle East. Although plans to put American Assassin in cinemas began in 2007, it has taken a decade to get it on screens.

The first hurdle was to decide on which Flynn novel to put into pictures. As all Flynn’s works feature heavy political undertones and deal with real world politics in ways that could be seen as inflammatory or confusing by some audiences, it was naturally difficult to decide on which one would make his debut. After all, this could be the start of a franchise which would push everyone involved into the spotlight… or a complete flop that treats all sides too insensitively to be treated seriously. Consent To Kill was first considered, but then deemed too intense for a first film. Eventually they settled on American Assassin as a good debut to test the audience’s appetite for Flynn’s works. Unfortunately, in 2013 Vince Flynn died of prostate cancer, never to see his creation make it to the big screen.

A strong rewrite was also needed. Due to when it was written and published, American Assassin was very much a topical political piece. Rapp’s girlfriend was killed in the Lockerbie, bombing, for example, even though many audience members today could tell you very little about the event, and Rapp’s work takes him to locations which at the time would have been big news headlines, but which now are taking a back seat to more pressing issues. ISIS, bus bombings, and Syria, modern hot topics in the debate about terrorism, are a completely different era to the original American Assassin novel. The scriptwriters had to account for these cultural and political variations, and instead chose to adapt the story to be more timeless.

Bur further hurdles arose when it came to finding the right people to put the film together. Director Antoine Fuqua showed interest in American Assassin, but was more tempted by Olympus Has Fallen and left the project. Actors considered for the roles were also cautious and more tempted by bigger, more reliable films. Chris Hemsworth was far too busy to take the lead role, and in the meantime Bruce Willis, who was interested in playing Hurley, applied and was somehow turned down. Producers would take one step forward and then two steps back, gaining the right people for the jobs before losing them again, always ending up back at the beginning. Which was a problem for them as, unlike some writers, Flynn had not signed over exclusive rights.

Instead, the contract which Flynn had signed with the producers stated that film rights would return to Flynn if they could not get the film in motion soon. The clock was ticking. This is the sort of situation in which poor decisions are often made to secure a quick deal. Fortunately, it looks as though American Assassin has not fallen prey to this problem, but maybe it is too early in the day to say. We’ll be able to see when it hits the big screen, either way.