With the sheer number of team-based superhero films coming out, it was only a matter of time until we got a new one. Or, better said, another upgrade of another older one. And we say that because, much like The Avengers and Guardians Of The Galaxy, The Justice League was actually a thing long before this film. Crossovers and cameos are nothing new, but the team superhero film is a fairly new phenomenon. The idea behind this sort of film is always fairly thrilling: that there is something so big, so dangerous, that not even our favourite hero can save the world. So several heroes from the same universe will team up together to defeat the villain and restore order. 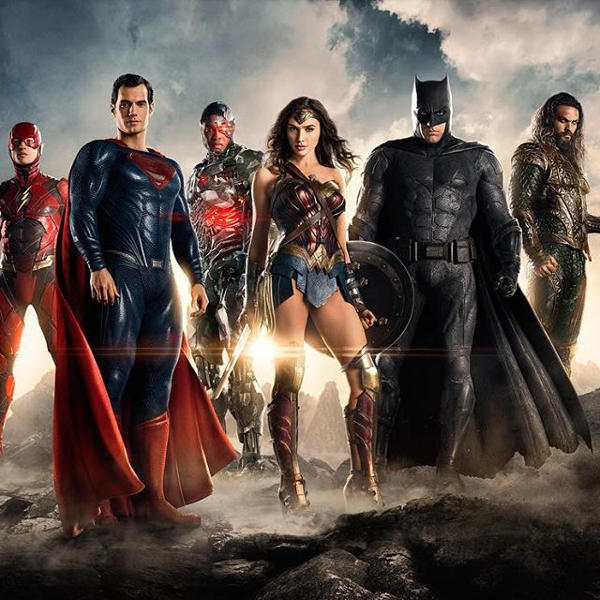 Although Batman V Superman: Dawn Of Justice was kind of… horribly terrible, we do have higher hopes for this film. Why? Because it isn’t a plain superhero film portraying intense conflict this time. This one instead focuses on a team coming together for the benefit of the planet. When Steppenwolf, one of the New Gods from Apokolips, summons an army of alien Parademons to search for the three Mother Boxes, amazing supercomputers, to attempt world, or even universe, domination. Now a team of superheroes must stop them before it’s too late. Batman, Superman, Wonder Woman, Aquaman, The Flash, and Cyborg must work as a team to end this army.

This sort of film, and the comics that came before them, are appealing precisely because of that teamwork element. Whereas in the past we didn’t want to relate to our heroes, but to see them doing things that are completely impossible to us, on their own, we now want nuance. With increased awareness of totalitarianism, narcissism, and other situations in which people take on the world alone, we have stopped romanticising all-powerful superheroes who go it alone. We now find them concerning, if not scary. On the other hand, superhero teams are closer to the ideals most people ascribe to today. They form something much closer to a government than a autocratic regime, where they all contribute their best, balance each other out, and keep each other’s terrible, dangerous ideas in check. We see them as safer, more responsible, and better able to care for us.

What is more, on a personal level we can relate much more to teams than to solo superheroes. A team more closely reflects a normal, healthy human environment, where everyone works together to solve a common problem. Whereas the idea of a single good guy defeating the bad guys due to his own amazing powers was entertaining to us as kids, as adults our relationships are far more complex. Rather than seeking to impress or destroy each other, as happens in most childish social fantasies, adults seek to create important bonds, and work in teams with and against each other. Thus, we would rather see a group of people cooperating against another group, each using their skills and working against their flaws, to create something more powerful than the sum of its parts.

Curiously, the background of this film is actually riddled with examples of these deeper human relationships, and it is possible that the nearly full decade between the completed script and the released film has contributed to the conflicts and nuanced we will see on the big screen. The original screenplay was written by a couple, the Mulroney’s, which means it will likely bring together a universe where men and women cooperate closely, much like in real world relationships, rather than focusing on the aspirations and ideals of one sex.

Furthermore, production met two big hurdles when it came to this film: the Writers Guild of America strike in 2007-2008, and disputes over film release times and priorities. The writing was barely finished in early 2007, but casting and filming could not go ahead largely due to the sheer number of films being released in the same crossover universe and main universes of the characters. For example Christian Bale expressed concern that this film would step on the toes of the Dark Knight series, and undermine its plot, writing, and messages. What is more, the Batman vs Superman films had been proposed, and several other franchises were proposing deeper stories, more crossovers, and even reboots. It was clear that a deeply connected film which had potential to be the start of a new franchise was not going to happen at that time. This delay pushed through the strike, and persisted as writers attempted to work out an agreement over which films would be connected and which would not.

With such a strong background of conflict and teamwork, let’s hope the writers have applied their life lessons to their art.