In 1990, a film was released with an unusual premise: five young students seek to uncover what happens after death by subjecting themselves to repeat near-death experiences. It all starts because Nelson Wright persuades his classmates that it is a good idea. He kills himself and is allowed to “flatline”, that is, to be medically dead, for a minute before he is resuscitated. In his experience, he sees a boy he

bullied when he was younger. His classmates all follow suit, each experiencing a different vision based on their own psychological hang-ups and problems. 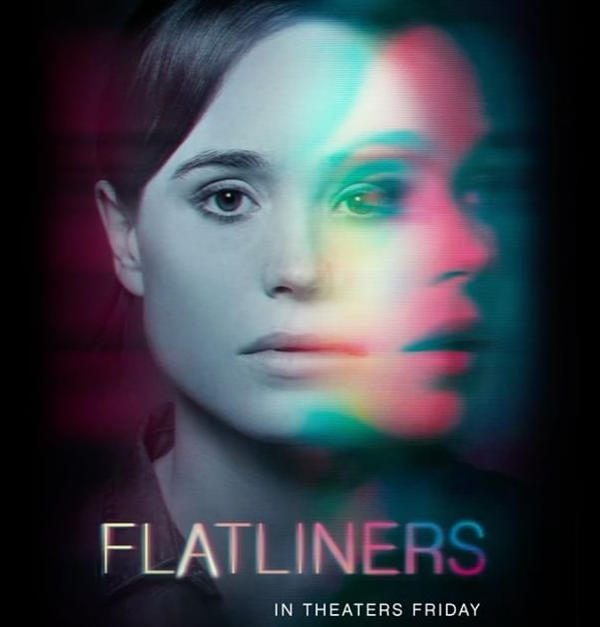 But the unthinkable happens after they return to their lives: their visions become hallucinations which follow them and become progressively more and more real, until they start physically appearing and attacking the students. The students are physically attacking themselves whilst hallucinating about bad acts in their pasts, as a sort of lived experience of guilt. One of the students apologizes to the person he hurt, and his guilt is lifted and the experiences stop for him. But for the other students it is not so easy to make amends: the people they hurt have died. They must flatline again and risk dying in real life so as to prevent a certain death via hallucination.

Critics and everyday people alike were divided on whether Flatliners was a good film. On the one hand, it was seen as very original and entertaining, with plenty of twists and turns. The actors were thought to have done well for their age and experience levels. However some critics felt sold short in that the film never truly attempts to answer questions about life after death. Instead, it goes from an investigation into the afterlife, to an investigation into the human psyche, and the thoughts and experiences we all have when we want to tie up loose ends. But really, the concept seems to be deeper than just “Is there an afterlife?” Instead, the film asks us “Is there a life?” It raises the hypocrisy of wondering about an afterlife when, on our deathbeds, we would probably feel we could have done better. It delivers a strong message that, afterlife or not, we all want to die good people. Which may be a bit philosophical for a horror movie, but it works.

This year sees the release of the sequel, starring Ellen Page, Diego Luna, and Nina Dobrev. Kiefer Sutherland, star of the original film, returns as well. In this film we are expecting to see more of the same as the last one. The plot takes place twenty-eight years after the original story ends, and follows five medical students who, like in the original, begin conducting experiments in the hopes of living near-death experiences. And, like in the original, it takes a turn for the worse, with dark secrets emerging and the same weird side effects taking over the students.

The film is going to toe the line between a sequel, a reboot, and a tribute. It is going to be following a very similar plotline, only this time exploring different regrets, different traumas, and different solutions. It will also be attempting to iron out the kinks in the original film, such as its repetitiveness and how mundane the problems were. This may be exactly what the film needs, as the first was a little dull in terms of the students’ pasts. On the other hand, perhaps they need to be more ordinary and relatable for it to work? It is much harder to judge the characters when in many ways they resemble us.

Which way they go will really set the tone of the film. If they decide to stick with the general feel of the original then we may be looking at a goofy, over the top, but highly polished film, something a B-movie fan would love. But if they decide to take a more serious route then maybe we are looking at a much scarier, much more modern, much higher quality film. We’ll have to wait and see.